Mitochondria are highly dynamic, double-membrane bound organelles with a primary role in the production of ATP, eukaryotic cells’ bio-energetic currency. Aside from their role as the “powerhouse” of the cell, the mitochondria are also involved in the fine-tuned regulation of cellular apoptosis. Given that mitochondria are present in most cells, their dysfunction is often implicated in a broad range of diseases making it an attractive area of research to better understand the mitochondria’s role in pathologies. Enzo Life Sciences offers a comprehensive product portfolio for Oxidative Stress including mitochondrial dysfunction and free radical detection.

Levels of available oxygen in the cell have been shown to influence cellular processes and physiology and have since been considered one of the most informative measures to evaluate mitochondrial function. Decreases in oxygen levels have been implicated in mitochondrial dysfunction in a number of disease states (cancer, obesity, neuro-degeneration, ischemia, metabolic perturbations, etc.) making it one of several attractive parameters to fully characterize mitochondrial dysfunction. To assist researchers in the study of oxygen levels extracellularly and intracellularly, Enzo Life Sciences’ offers two products with the ability to study oxygen levels in either context, individually or simultaneously, via multiplexing.

Both probes are capable of operating on a 96-or-384 well microplate reader assay format, allowing for multiplexing of these probes to simultaneously profile internal and external oxygen levels as they pertain to mitochondrial dysfunction.

Dual-time resolved measurements assess alterations in glucose metabolism and mitochondrial dysfunction. Through these assessments, it has been shown that mitochondrial toxins (electron transport inhibitors) disrupt or completely prevent aerobic ATP generation. The cellular response to this disruption of aerobic ATP production is a subsequent increase in anaerobic, glycolytic ATP production, to attempt to counterbalance the deficiency in ATP production from disrupted oxidative phosphorylation. However, a byproduct of this increase in glycolytic ATP production is increased acidification. Lactic acid is the main contributor to this extracellular acidification (ECA). Observing increases in acidification can be used as a confirmatory metric when investigating drug-induced mitochondrial dysfunction. For the assessment of extracellular pH changes in samples, Enzo Life Sciences offers the MITO-ID® Extracellular pH Sensor Kit which provides an easy “mix and measure” assay which is optimized to detect changes in pH (extracellular acidification) from cell populations using a 96/384 well plate system. The probe phosphorescence signal is modulated by pH such that increased acidifications cause a proportional increase in phosphorescence signal intensity. In-house, in the same sample population of HepG2 cells, we have demonstrated varying rates of acidification, pending on exposure to differing compounds (Antimycin, Okamate, 2-Deoxyglucose) versus an untreated group using the MITO-ID Extracellular pH Sensor Kit’s probe (Figure 3A and B). For more information about our pH probes please check out our application note.

Assessments of Cytotoxicity in Mitochondria

Mitochondrial function is an important parameter in assessing cytotoxicity as changes in mitochondrial function are a hallmark of cellular toxicity. Therefore, cell-based assays have been developed to monitor aspects of mitochondrial function such as membrane potential, calcium flux or the presence of reactive oxygen species, in order to clarify the role of mitochondria in drug-induced toxicity.
The MITO-ID® Membrane Potential Detection Kit contains a cationic carbocyanine dye that fluoresces either green or orange, depending on membrane potential status. In healthy, energized cells, the MITO-ID® Membrane Potential reagent is present in the cytosol as a green-fluorescent monomer initially but accumulates as orange-fluorescent aggregates in the mitochondria. However, in cells with compromised mitochondrial membrane potential, the MITO-ID® Membrane Potential reagent exists primarily as green-fluorescent monomers throughout the cytosol without any orange fluorescence in the mitochondria. In comparison to the traditional carbocyanine dye, JC-1, it is at least 10-fold more sensitive to membrane potential loss (Figure 4). Furthermore, this dye provides better photo stability while in-use to produce higher quality visualization of MMP fluctuation in your sample while minimizing the presence of non-specific assay artifacts (Figure 5).

To aid in the study of mitochondrial ROS production, Enzo Life Sciences’ ROS-ID® products are able to detect reactive oxygen and nitrogen (ROS/RNS) and superoxide (O2–) species. ROS-ID® Total ROS Detection Kit is designed to enable real time detection of total reactive oxygen and/or nitrogen species (ROS/RNS) levels and to determine superoxide production in live cells using fluorescence microscopy and/or flow cytometry. The kit comes with the Oxidative Stress Detection Reagent (Green) which is a non-fluorescent, cell-permeable total ROS detection dye that reacts directly with reactive species such as hydrogen peroxide, peroxynitrite and hydroxyl radicals, yielding a green fluorescent signal proportional to the cellular production of different ROS/RNS types. This kit also comes with the Superoxide Detection Reagent (Orange), which is a cell-permeable probe that reacts specifically with superoxide, generating an orange fluorescence to detect the presence of superoxides. Together, this enables the end-user to measure total ROS/RNS levels for at least 200 microscopy assays or 50 flow cytometry assays using live cells. Additionally, we have our ROS-ID® ROS/RNS Detection Kit and ROS-ID® Superoxide Detection Kit which are each optimized to specifically measure ROS/RNS or Superoxide levels, respectively.

Loss of cellular ATP is a typical byproduct in molecular events that disrupt mitochondrial function.
Therefore, probing your samples to study their ATP levels may be necessary to understand the extent of mitochondrial dysfunction. Enzo provides the ApoSENSOR™ Cell Viability Assay Kit which utilizes a bioluminescent detection system to rapidly screen for ATP levels in mammalian cells. The assay utilizes the enzyme luciferase to catalyze the formation of light from ATP and luciferin. The resultant light intensity that is produced from the reaction can be measured using a beta counter or luminometer. We provide an ATP standard which can be used to generate a standard curve to help back-calculate the amount of ATP in samples. This assay demonstrates a high sensitivity that is capable of detecting ATP in 10-100 mammalian cells per well in each run. Furthermore, it has been optimized for high throughput screening and can be a fully automatic assay.

Enzo Life Sciences offers a broad range of products for your Cellular Analysis research needs. As Scientists Enabling Scientists, we realize the value in providing relevant information to our customers working in the fields of life sciences, drug development and clinical research. We are happy to provide simple yet useful tips and guidance for your research needs. Please check out our successful research tips, application notes, or contact our Technical Support Team for further assistance

In a scientific article it is always important to quote sources: www.enzolifesciences.com 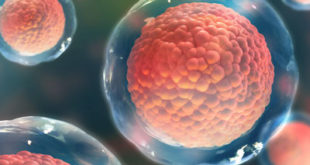 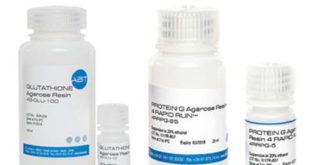 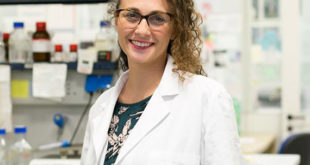 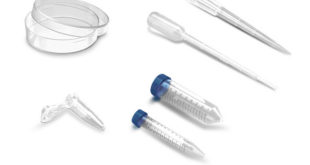